"Regardless of gender, racial or ethnic origin, religion or belief, disability, age or sexual orientation, everyone has the right to equal treatment and opportunities regarding employment, social protection, education, and access to goods and services available to the public. Equal opportunities of under-represented groups shall be fostered".
Subscribe Social Affairs Platform

On 21 March 2022, the Commission will organise the European Anti-Racism Summit 2022 with the support of the ARDI Intergroup of the European Parliament and the Council of Europe’s European Commission against Racism and Intolerance (ECRI/CoE) with the involvement of civil society, equality bodies and grassroots organisations.

This year, the meaningful participation of youth in the fight against racism will also be highlighted within the context of the European Year of Youth 2022.

Go here for the information related to the Summit.

​Advisory Committee on Equal Opportunities for Men and Women
In 2008, the EU Commission decided a codified version relating to the setting up of an Advisory Committee on Equal Opportunities for Women and Men, by  Decision 2008/590/EC, This advisory committee aim to ensure regular consultations and exchanges between bodies and institutions to promote equal opportunities between women and men in EU countries.

Is is an Advisory Committee intended to help the European Commission formulate and implement measures to promote equal opportunities for women and men. It does this by encouraging the exchange of relevant experience, policies and practices between EU countries and the various parties involved.
The Committee has 70 members with a 3-year renewable term of office comprising:
The European Women’s Lobby is represented at committee meetings by 2 members as observers. Representatives of international, professional and membership organisations may also be admitted as observers following a reasoned request made to the Commission.

The Committee elects a Chairperson and 2 Vice-Chairpersons from among its members for a period of 1 year.
The Chairperson may invite any person who is specially qualified in a particular subject on the agenda to take part in the work of the Committee as an expert. 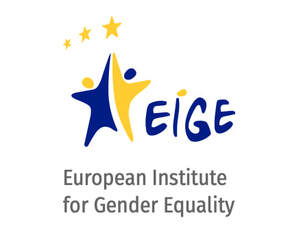