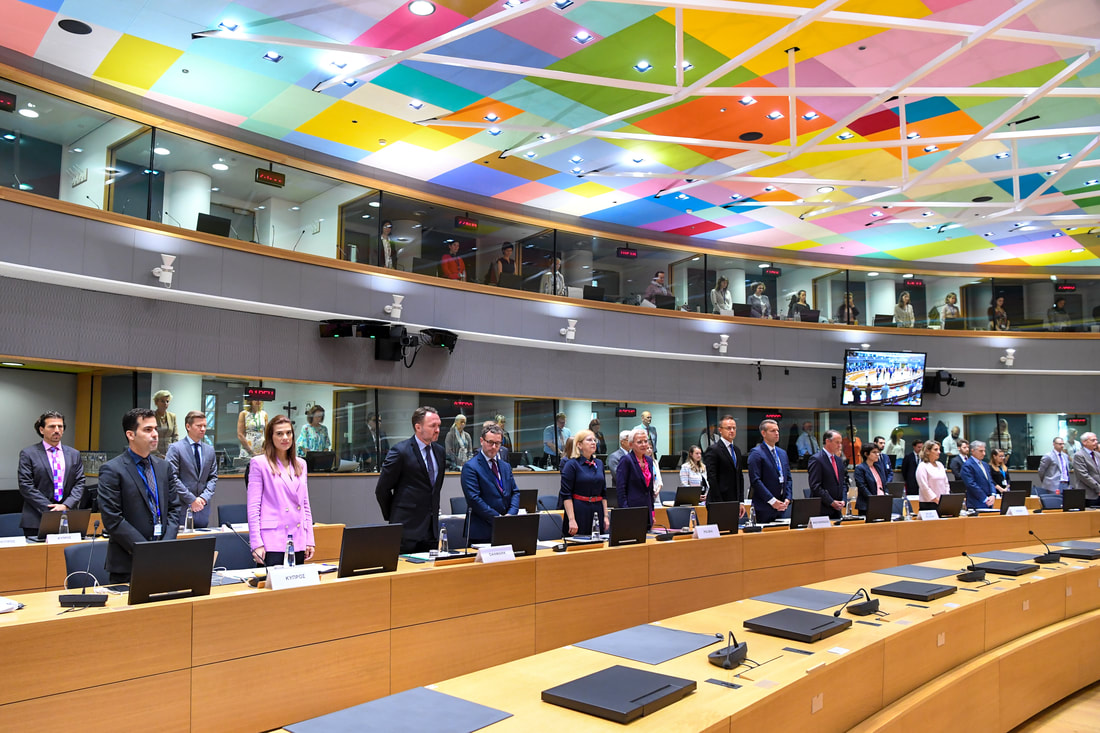 Brussels, 9 Sept 2022
​
Result of the meeting: Ministers agree that the energy issue is urgent. But they decided nothing.
Gathered in Brussels for an extraordinary meeting, the 27 energy ministers said no to the 5 recipes of the president of the EU Commission, Ursula von der Leyen, to deal with extraordinary measures on energy.
All decisions will be sent as new proposals to the prime ministers meeting in October. Von der Leyen's mistake is that he attempted a coup by pronouncing very heavy measures at the last moment and not sufficiently studied by national governments and announcing them to the press even before the Sherpas could discuss among themselves. This was enough to curb von der Leyen's ambitions. Tensions with Charles Michel, President of EU Concil.
​
✔ Reduction of gas and electricity consumptions
​​
On 26 July, the energy ministers had already reached a political agreement on a voluntary (not compulsory) reduction of 15% of gas consumption.

This is translating into measures that are being taken at the national level to reduce domestic consumption.

But many countries have refused to have energy consumption cuts imposed, explaining that the EU has no authority on the matter. Among others, Poland.

Now the Commission should prepare a plan on reduction of electricity consumption.
​
​
✔ Price cap for gas
​
No decision has been made to put a gas price cap. Many countries objected with two arguments:


It seems that the proposal is dead. even if the Conclusions asked to further discuss this item.
​
​
✔ Helping utilities

These are subsidies and government credit lines for companies that need to trade on the stock exchange, with the temporary lifting of EU state aid rules banning such subsidies.

While Belgium, Germany, Italy, Spain and Poland have expressed openness in this regard, others including Slovakia have expressed doubts.
​
​
✔ Additional tax for fossil fuel giants (solidarity contribution)

The Commission also asked for the profits made by fossil fuel companies to be taxed, in order to redistribute the funds to consumers as well.
Von der Leyen's stance justifies the proposal, denouncing how oil and gas companies have made huge profits in this period.

Ministries protested that they did not receive a proposal in time and therefore asked to see in future a concrete proposal.
​
✔ Tax the extra profits of energy producers

The proposal was to limit the revenues earned by companies that use technologies other than gas such as wind and nuclear to generate energy ("inframarginal gains)" and which now make huge profits, as the price of electricity is set by a natural gas is very expensive today.

While the proposal gained the consent of Greece, Belgium, France, Slovakia, Poland, Italy and the Netherlands, ​Germany has a lot of concerns. It seems that this item should be solved at national level.
​
Watch the closing press conference on September 9th at 3:08 pm
© Copyright eEuropa Belgium 2020-2022

"Being Member of eEuropa gave us a boost from the very beginning. We are now informed on a daily basis of the decisions taken in Brussels on energy matters. We have a perfect strategic vision, knowing in advance the future political objectives, without taking risks. We now have what we need to confidently invest in research, innovation and production. "
​
Client, Vice-President of the strategic planning