The Common Agricultural Policy (CAP) is aimed at helping European farmers meet the need to feed more than 500 million Europeans. Its main objectives are to provide a stable, sustainable produced supply of safe food at affordable prices for consumers, while also ensuring a decent standard of living for 22 million farmers and agricultural workers.

The EU agriculture sector has roughly 11 million farms, which provide work for roughly 22 million agri-workers. But this figure doubles to 44 million if you include also the jobs created in the food processing, food retail and food services, making the EU agri-food sector the largest employment sector in the economy.

It is also a sector that has performed particularly well in recent years, despite the recession and the increasing challenges to farming caused by climate change, water scarcity, soil fertility, energy costs, etc. The agri-food sector accounted for 6% of EU GDP.

Moreover, the EU has become a net exporter of food and drink, with an average annual 8% growth in the value of exports over the past 10 years, reaching €129 billion in 2015.

Concerns about climate change and issues such as biodiversity loss, water and soil quality mean that agriculture also plays an increasingly important role in the sustainable management of natural resources.

As EU Commissioner Phil Hogan has said on many occasions:
"By producing steady supplies of safe food, European agriculture provides the bedrock on which the EU's dynamic agri-food industry is built and remains a vital motor for the wider rural economy."
The following document, edited by the European Commission, is a short-term outlook for the agricultural market in 2018 and 2019. 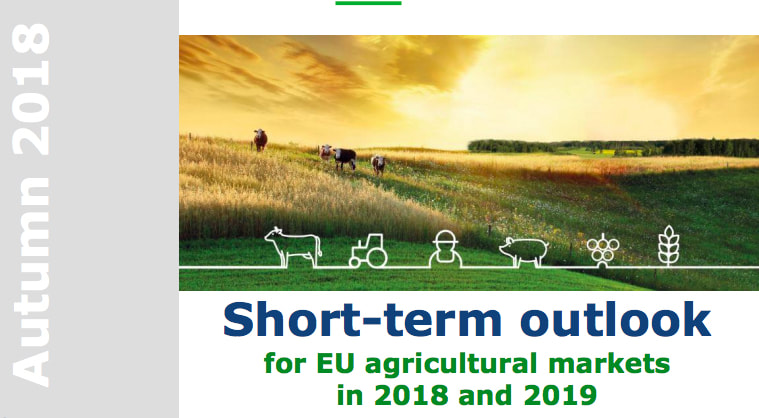 Check how the EU countries benefit of the CAP: